Mr. Uri Levine is a passionate serial entrepreneur and disruptor, Uri co-founded Waze, the world’s largest driving traffic and navigation app in 2007. The app, nowadays used by more than 750 million drivers around the globe, was acquired by Google for $1.1 billion. Another amazing achievement of Mr. Levine is Moovit, ‘Waze of public transportation’, where he served as the first board member, and an investor. Moovit, which is used by more than 750 million individuals worldwide, was acquired by Intel for $1 Billion in 2020.

Since Waze acquisition, Uri is actively pursuing his dream to create significant value for large audiences, through multiple startups. His vision is specifically intended to disrupt inefficient markets and improve under-functioning services, focus on solving ‘BIG problems’, saving consumers time and money while empowering them.

Mr. Tal Keren Zvi is an industry veteran with over 30 years of experience in development of multiple products, technologies and process. Tal managed large teams of engineers in various companies including Intel, Amimon, Texas instruments, National Semiconductors and other. His long career in the industry have given him an excellent perspective over new product introduction process and groundbreaking technologies introduction. Additionally, Mr. Keren Zvi is well competent in the prosumer wireless video market due to his gained experienced while serving as Amimon GM for over 6 years. 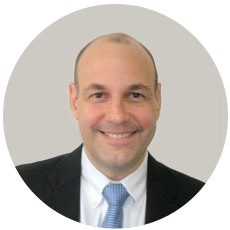 Mr. Eran Igler founded ABonAir Ltd. in 2008 and serves as its President and CEO. In 2003, prior to establishing ABonAir, Mr. Igler co-founded Adimos and served as its Chief Technical Officer and Vice President of R&D. Adimos developed wireless video systems for the TV market and Mr. Igler was responsible for the technical relationships with companies such as Toshiba, JVC, Thomson, Philips, Beko, Vestel, Samsung, and many other leading TV manufacturers.

Mr. Igler has extensive experience in managing state-of-the-art technology communication projects. Prior to Adimos, Mr. Igler served in various positions at Floware Wireless Systems and Alvarion, over a 6 year period. He was responsible for chip and systems developments including hardware, software, modem and RF technologies. Mr. Igler also has broad hands-on experience in developing complex long-distance broadband communication systems. Previously, Mr. Igler worked at DSP solutions, a startup in the field of voice technology, at ECI Telecom, and in the Israel Air Force on various communication systems. 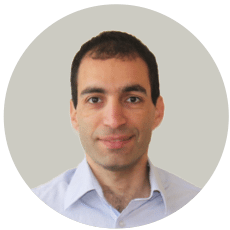 David Shabat is ABonAir’s VP R&D. Mr. Shabat  has 20 years of experience in designing communications, wireless and video systems.
Prior to joining ABonAir, Mr. Shabat worked at Ruggedcom (a Siemens Business) as System and SW Group manager. In this position he  was responsible for the development of mission- critical, rugged- wireless systems.

Prior to joining Ruggedcom, Mr. Shabat worked at BigBand Networks where he served as R&D project manager for Verizon FiOS TV service. In that role he was responsible for the development of a video router product.
Prior to that Mr. Shabat worked at Adimos as Project Manager and SW Manager, being involved in the design of wireless video streaming algorithms.

Mr. Arie Vered has broad expertise in sales,  marketing and business development with over 30 years of global experience within international hi-tech companies. At ABonAir Arie is leading the sales team with projects in 4 continents from Australia through Asia and Europe to America. 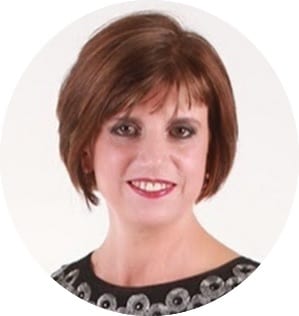 Ms. Hanita Rosenthal is an experienced marketing professional with over 25 years of experience in various marketing positions. Her expertise lies in creating a solid brand awareness utilizing an array of marketing methods and various communication channels where message coherently gets across. In her multiple roles, Hanita experienced managing few marketing team. Hanita specializes in the broadcasting and communication industries with over 20 year focus in marketing specializing in the broadcasting arena. Over the years, Hanita Rosenthal managed and executed more than 100 tradeshows and events worldwide, from the smallest booth to double decker of 200sqm, planning the entire event, developing messaging, collateral, multilingual marketing materials, managing marketing teams and PR agencies and running the shows with international sales teams.

At ABonAir, Ms. Rosenthal is in-charge of all Company’s marketing activities including content creation, public relations and advertising, online and offline marketing, tradeshows and events.. In addition to this. Hanita is developing the technical documentation to also convey the Company’s messaging and language.

Ms. Rosenthal gained experience in marketing research as a field researcher and analyst for the Israeli Export Institute in the European market. Following that, Hanita joined Tadiran Communications. Later she moved to Scopus Video Networks and served as its first director of marketing until the company went on IPO. In this role Hanita shaped the Scopus brand to be known as an industry leader worldwide. Later, Hanita joined Cardo Systems while it was a start-up and again, built a solid international brand awareness to Cardo and its product lines, including at point-of-sales.

Ms. Rosenthal holds BA & MA degrees from the Hebrew University in Jerusalem, in International Relations with a major in the European Economic Market studies.