ABonAir’s products have many applications:

An open stadium concert is an exciting event both for the audience on-site and home viewers watching the event broadcast live. In large stadiums, there are large screens that show not only the scene on the main stage but occasionally from backstage. The audience wants to see all of the action without a lip sync delay. In live events, adding monitors around the stage and in remote locations is a must in order to ensure the success of the show. Until recently, these monitors could only show wired cameras due to the high latency of the wireless equipment which caused a lip sync delay. ABonAir has resolved this issue thanks to our groundbreaking 7 msec delay technology.

The AB500 and AB600 product families were designed specifically to answer this challenge by reducing system delay to 7 msec (less than half a frame) and thereby removing the lip sync issue. ABonAir offers the perfect solution based on the deployment of a Fiber Coverage Extender anywhere within the concert area and can cover 100% of the venue with a robust signal, aggregating signal bounce from walls (MIMO radio), and flexibility of shooting angles and locations within the hall.

The Fiber Coverage Extender enables the deployment of antennas anywhere within the arena including front stage, backstage and other points of interest in the venue. The ABonAir solution provides excellent coverage for indoor/outdoor deployment and for OB truck or control room fiber patch to receiver.

We recommend the AB507 for small stadiums and the AB612 (4K) or the AB512 (HD) for large stadiums with the multi zone upgrade package for best coverage of stage, dressing rooms and concession areas.

A concert, performed in either a large closed stadium or concert hall, is an exciting event. Monitors located around the stage are critical to the success of the show and they all display content from wired cameras due to the delay limitation of wireless equipment. This prevents the cameraman from going on stage for a close shot of the performing artist. ABonAir resolves this issue. With a wireless camera with only 7 msec delay, the cameraman is free to walk on stage without wires and provide the audience unique video footage that was previously impossible.

The AB600 and AB500 product families were specifically designed to answer this challenge by reducing system delay to 7 msec (less than half a frame), thereby avoiding the lip sync problem. We recommend the AB507 for small concert halls and productions that do not require RCP or Intercom and the AB612 (4K) or AB512 (HD) for large concert halls or stadiums. 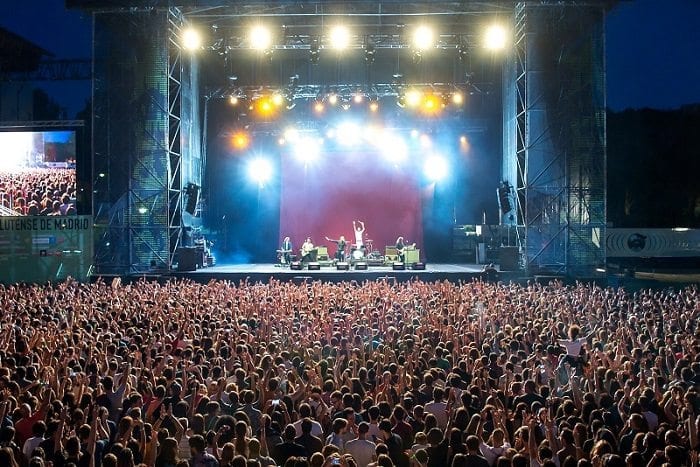 Street events attract large audiences and take place in open air locations often surrounded by buildings. They may evolve – growing, becoming more intense or settle down. They are very dynamic – an event can start in one place and move to another. The news crew and cameramen must be in full coordination and ready for every change that may occur during a parade or any other street event. In a city, physical obstacles such as buildings and wireless interference from other equipment are common. Flexibility and the ability to quickly move from one scene to another, robust and high quality picture are crucial for successful event coverage.

ABonAir offers the perfect wireless product range and systems deployment for any type of street event. This solution is using a single-mode fiber infrastructure to connect multi-antenna sites back to a receiver (in a control room or OB Truck). Solution includes full Camera Control (RCP) for paint/shading etc., same as with wired cameras and also Tally, IFB and Intercom, all combined with high quality video compression for best picture quality utilizing H.264.

We recommend the AB612 (4K) or the AB512 (HD) with the multi zone package for best coverage of multiple areas.