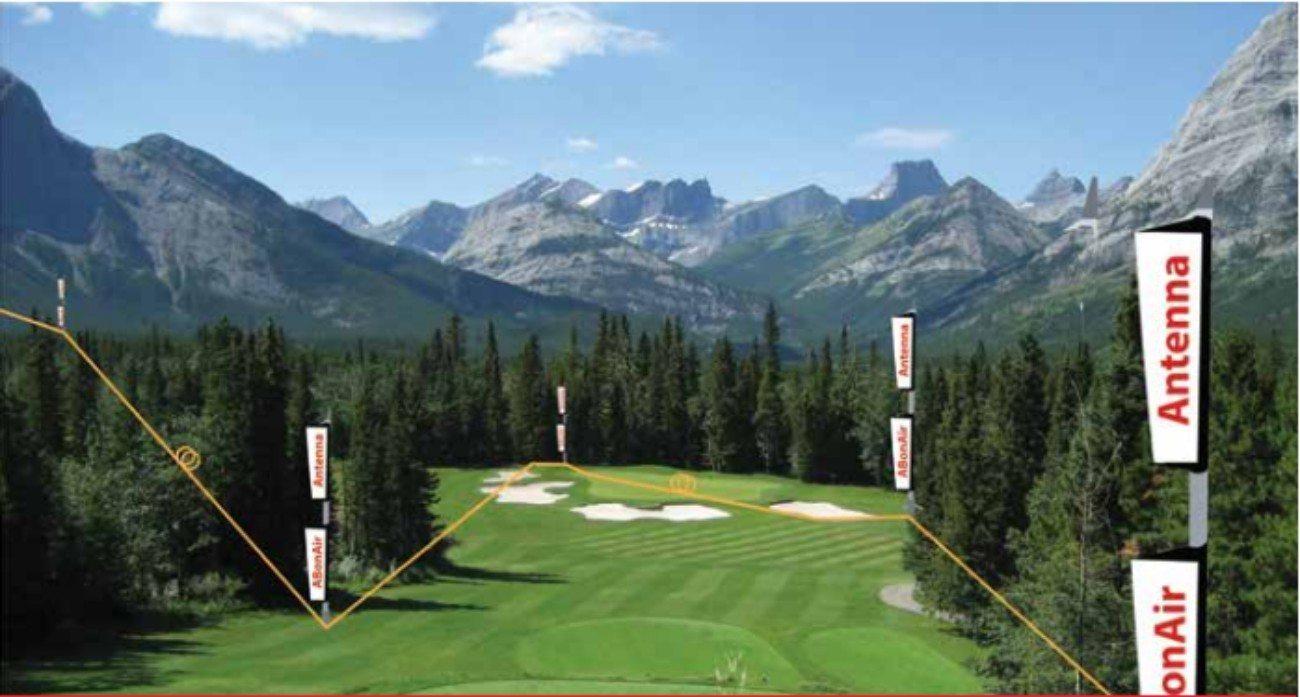 Las Vegas, NV, April 13, 2015: Today ABonAir, a leading provider of wireless broadcast transmitters, launched its AB-MultiZone technology for the coverage of massive areas and multiple venues. AB-MultiZone introduces continuous, unlimited coverage with a single receiver connecting up to 250 MIMO antennas, and roaming from one coverage zone to another seamlessly and automatically without dropping even a single pixel. AB-MultiZone perfectly addresses the coverage challenges of dispersed locations like golf courses, race tracks or separate venues (for example multi-venue productions in colleges, covering both football arena and basketball field).

Standard wireless transmission’s coverage is limited to 6 or 8 antenna beams with restricted range. Problems may come to light when covering an area with a broad spread such as a golf course, or the need to move with the camera outside the stadium to dressing rooms or even parking lot. Traditionally, in large area coverage the transition from one zone to the next was not smooth, requiring a complex antenna and cable installation, or even a second receiver.

Eran Igler, ABonAir, CEO: “Broadcast productions had to carefully plan the camera path in advance, as they rarely moved from one zone to another during broadcast. One of the primary issues was the risk of link drop and broadcast discontinuity as the camera transitioned between zones. With ABonAir’s revolutionary AB-MultiZone for large, seamless roaming coverage, production teams can connect as many as 250 antennas in any desired topology. The transmitter connects automatically to the nearest antenna without dropping the link, ensuring smooth continuous coverage.”

Connecting the different system elements (receiver and antennas) are fiber optic cables which are already in place in most locations. The system can be deployed in multiple topologies for ease of installation: daisy chain, star or any combination of the two, enabling flexible topologies based on venue requirements. The system automatically identifies the topology in place, making setup simple and easy.