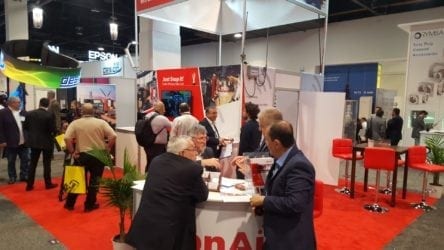 According to ABonAir CEO Eran Igler, “Everyone was very excited to see the 4K wireless broadcast system in action. It is a natural evolution from our HD products. Visitors to our NAB Show booth were surprised that we did it so fast – especially when you consider that most of the industry is struggling to make a basic 4K wireless link.”

ABonAir CEO Eran Igler summarized day one at NAB Show 2018 – “The first day was a great success, with many visitors to our booth, and lots of interest in both the AB512 and the AB612. New and existing customers are approaching us to work with them on some very exciting projects – including a few that are special use cases of our wireless broadcast technology.”